Report on the Workshop ‘The Affective Glue of European Integration’, 8-9 April 2019

On 8 and 9 April 2019, some twenty scholars gathered in Utrecht University’s stately Academy Hall to engage in two days of intense discussion on ‘The Affective Glue of European Integration’. This workshop, organised by the NWO-funded research project group ‘Blueprints of Hope: Designing Post-War Europe’, sought to investigate, compare, and reflect on the role of transnational political, religious, and economic networks and their shared emotional vocabulary in shaping European integration between 1930 and 1957. By taking this timeframe, one of the aims of the workshop was to trace the continuity from the inter-war development of European cooperation through war-time to the post-war stage, rather than, as has often been the case, taking the Second World War as a hard fissure in this process.

The question of the relation between emotions and European integration history is rather new, so the workshop aimed at bringing together perspectives from many different angles and subfields. Therefore, the papers were presented in four panels, each structured around one common emotional theme of Hope, Faith, Trust, or Fear. The contributions that paid attention to specific networks can be grouped into two categories: political, such as European governments in exile (Steehouder), the Inter-Parliamentary Union (McSpadden), the European Defence Community (Palm), and the Dutch diplomatic efforts in trans-Atlanticism (Bloemendal); and extra-political, for example international tourism organisations in inter-war and early post-war Europe (Bechmann Pedersen), the World Council of Churches and its liaisons (Van den Berg), and the cultural vision for Europe of Spanish intellectual Salvador de Madariaga (Blanco Sio-Lopez).

In addition, contributions of a more theoretical nature explored new frameworks for operationalising the analysis of the emotional vocabulary of multiple networks (Pichler, Masini, Richard) or singled out a singular process of emotional bonding through political friendship (Van Hoef).

Professor Simon Koschut of the Otto Suhr Institute at the Free University of Berlin delivered a warmly received public keynote lecture, titled ‘Passions from the Past: Emotions, History, and International Relations’. He connected abstract conceptual debates in the history of emotions with concrete practices in the history of international relations. In particular, Professor Koschut challenged the artificiality of the dominant linear way of thinking about the past, in which the history of the West is written as a progressive history of restraining emotions. A ‘myth of exceptionality of the present’ can be discerned that has made much scholarship become prone to two kinds of historical othering: spatial and temporal. Spatial othering happens when the Western world, seen as rational, civilised, and emotionally constrained, is contrasted with an irrational, uncivilised, and emotionally dominated non-Western world. Temporal othering is the process of applying this distinction to the past: bygone eras are characterised as violent times governed by unrestrained instincts, whereas the modern age is an age of self-control and rational, peaceful progress.

Against this view, Koschut proposed the historical study of ‘emotional communities’, that is, the way in which groups of people value and devalue specific emotions. Building on the work of Barbara Rosenwein and others, Koschut proposes to use emotional communities to challenge historical eurocentrism that has so often pushed a narrative of a linear progressive way of restraining emotions. Acknowledging those biases and researching the way in which emotions were valued or devalued within specific historical contexts, yields some strong advantages, such as the ability to trace changes in meaningful expressions over time.

After all papers had been presented and discussed, Professor Beatrice de Graaf, on behalf of the organisers, enriched the workshop with some concluding observations. Important among these take-away insights was the idea that a strong separation between ‘interests’ and ‘emotions’ as two distinct categories cannot be maintained if one takes a close enough look at the networks that drove European integration. Repertoires and categories of emotions enhance our understanding of interests, and vice versa. Although it also became clear that the academic vocabulary to speak about these issues still needs refinement, one can think of emotions as the first true European currency – shared, valued, and traded in the making of a new community.

Aside from these scholarly discussions, there was also plenty of time for leisurely get-togethers. On Monday evening, for instance, participants delightfully enjoyed dinner in one of Utrecht’s oldest buildings, the city castle of Oudaen.

All in all, we can look back on a fruitful and inspiring workshop, which opened up new ways of looking at the historical value of emotions as a mobilising force for communities that were crucial in shaping the unification of Europe. 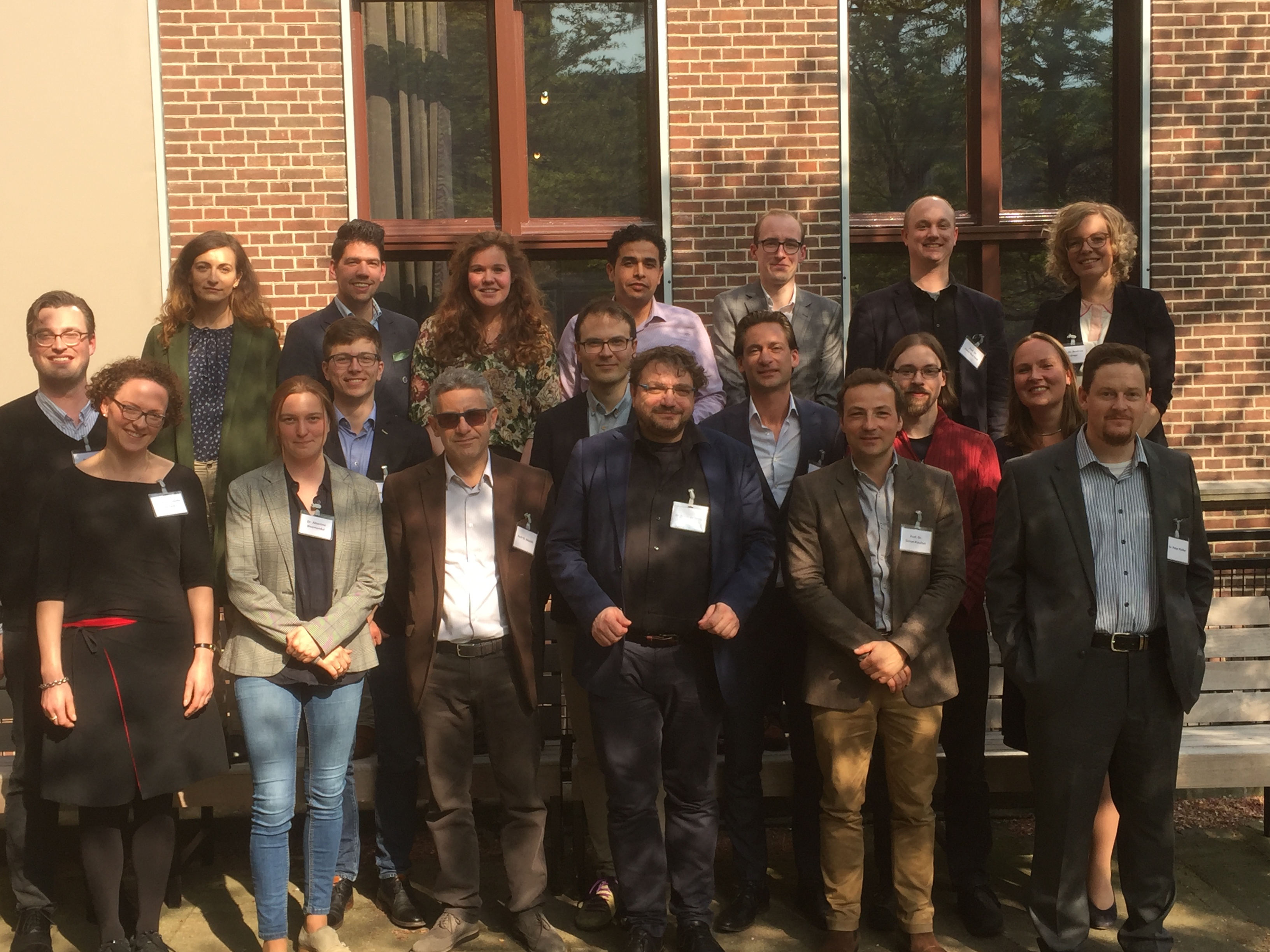 The participants in the workshop ‘The Affective Glue of European Integration’